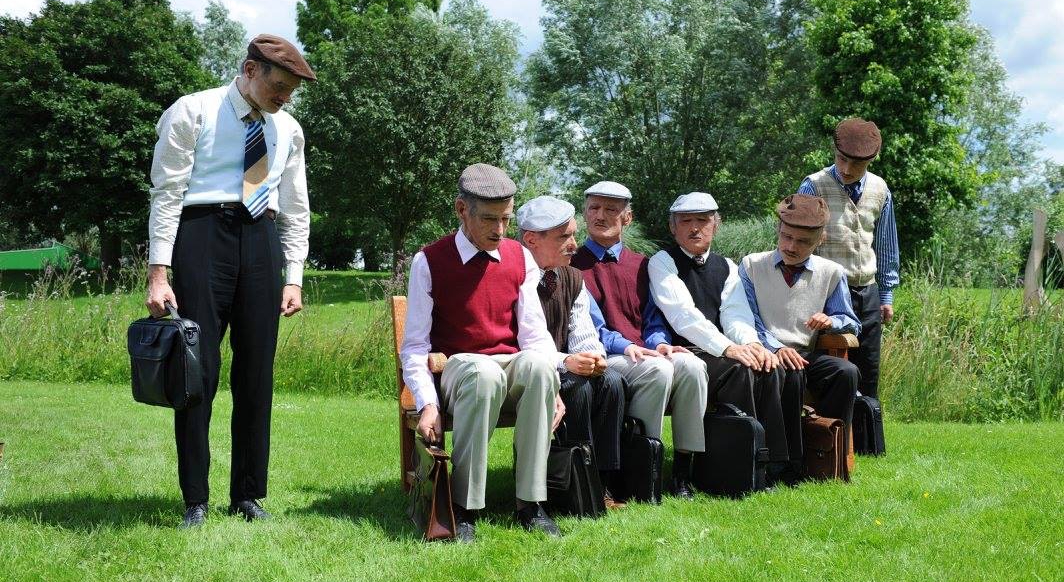 A group of old men are on their way. A strange looking bunch. They look identical and move identical. Afraid they might fall out of tune with one another. Multiples shows a series of scenes from the lives of these men. How they spend their leisure time and their relationship with each other, in an almost surreal stilness. Multiples zooms in at the absurdities of their existence. Men of well-worn paths. But things never go as they planned or hoped for. And in their despair they open the eyes and the hearts of the audience.