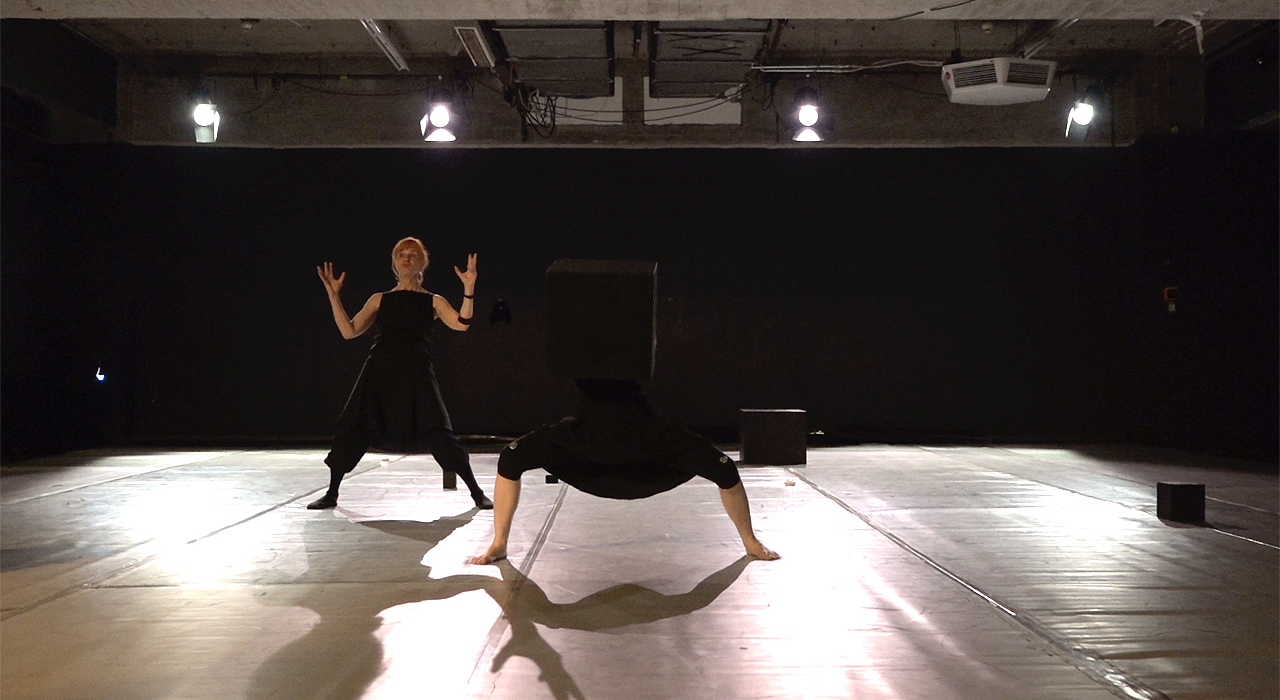 switch on and off- switch between you and me - who pushes the switch ?

A vivid interplay of two people about togetherness, about blind trust, common failure and unforeseen events to be mastered together . It is a Live-Art performance in which sound, movement, objects and light, in always new and unpredictable spatial constellations, merge, meander, transform, interact with each other, contrast, layer, intertwine, flood, relate, branch ... and create thus a floating space.