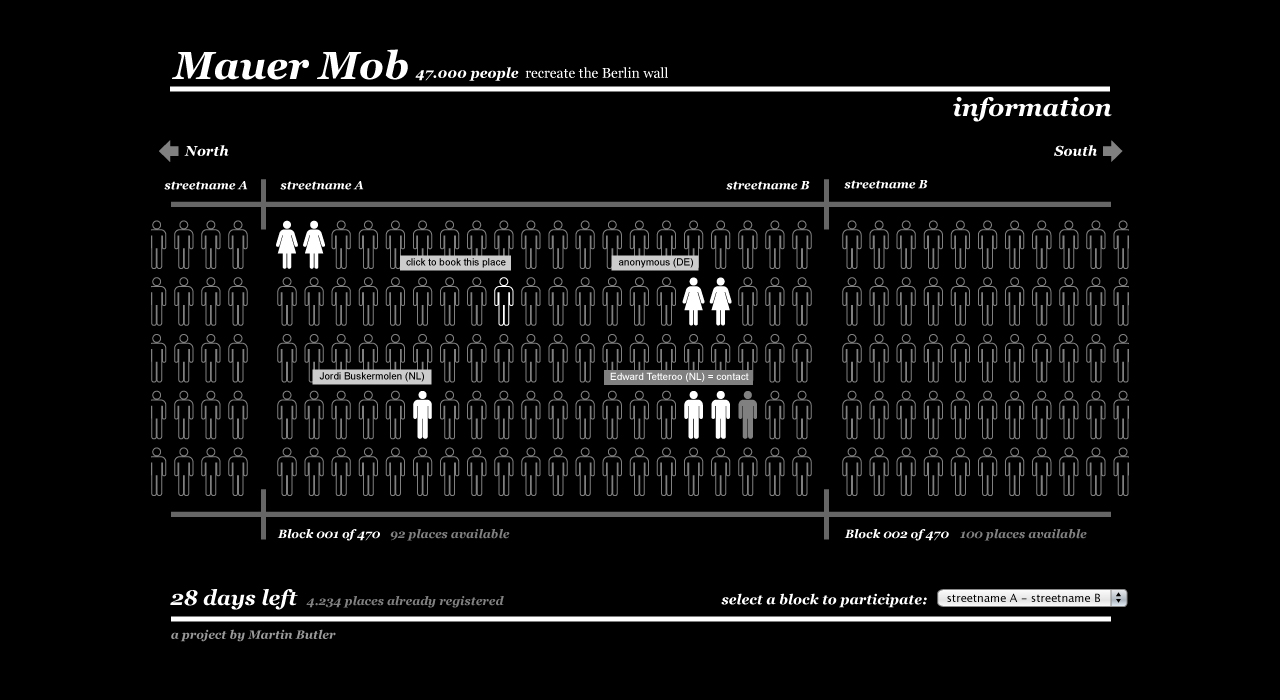 This project is initiated by Martin Butler, a British performance maker and curator, working together with the liminal institute.

" Mauer Mob. 2009 – Recreating the Berlin Wall" is a large scale art project in the frame work of the 20 year anniversary of the fall of the Berlin Wall, in Berlin, Germany. The idea is to form on the 9th of november 2009- the night the Wall fell 20 years ago- a line of people that will recreate the Berlin Wall with their physical presence, marking the path where the wall once stood. Thousands of people will form a human chain that will make its way on the 9th of november around 8.15pm. This action will last for approximately 15 minutes.

The Berlin Wall project is about creating a " temporary monument of reflection" . When it was created, the wall was one of the clearest man-made divisions of people with different ideologies. For the 20th anniversary of its deconstruction we will rebuild the Berlin Wall, not from steel and concrete, but from people. To remember when Berlin became one again after decades of separations – physically as well as in the minds...

With the " Mauer Mob. 09 Project" , we want to say that such divisions are no longer acceptable in today’s society.