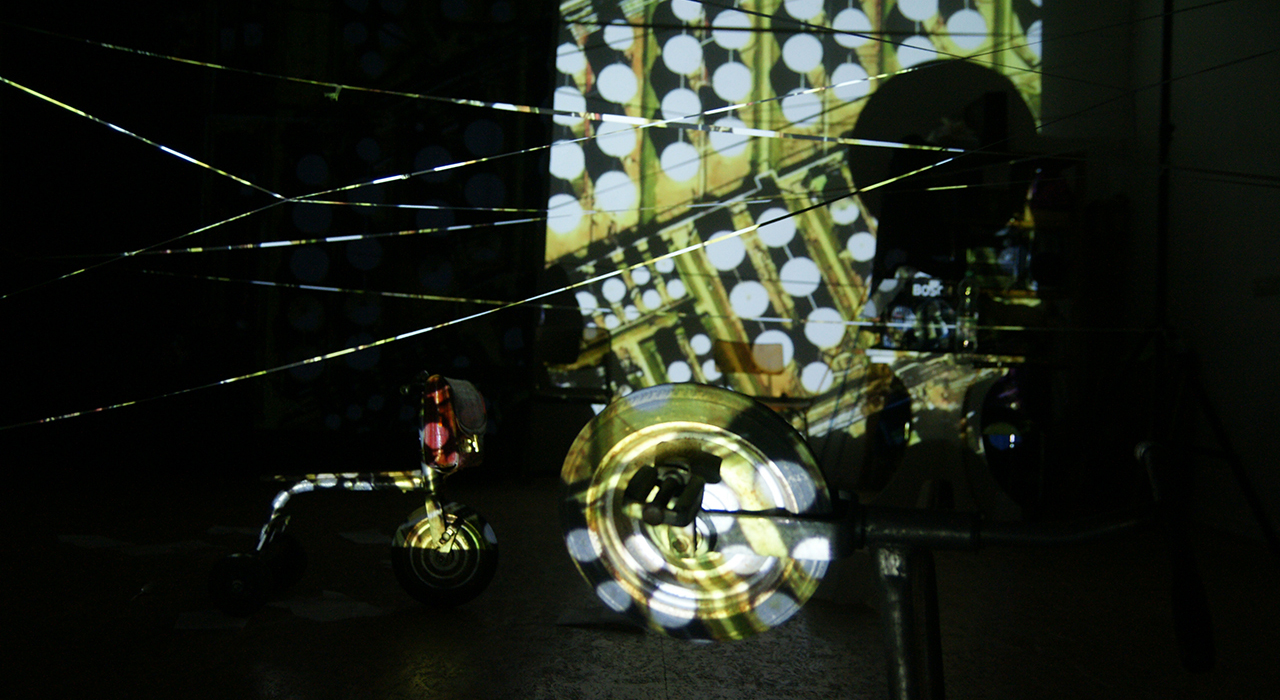 From the infinite width of outer space, two characters stranded somewhere in the middle of nowhere on earth - off road. Did they found the golden Record of Voyager 1, landed to do some specific research on planet earth or is it just an navigational error of their command center? What is the difference between them and the people on earth, or are they just two oblique types?

Rooted in the tradition of the East European visual theatre, the project deals with different streams of contemporary culture: physical theatre, performance, object theatre and installation on the border between visual and performing arts. A clownish variety show of absurd actions, existential dilettantism and decorated objects that come to life, somewhere between everyday madness and science fiction.